As part of the Virtual Tour our readers are offered a chance to win a e-copy Moonlight Rises! The Giveaway is open Oct. 9th till Oct. 22nd! Just check in with Rafflecopter below the Review! 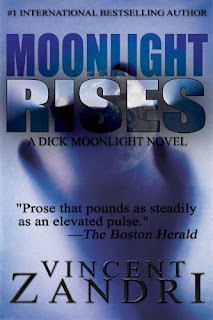 “Life sucks. Then you die. Or, if you’re Dick Moonlight, first you die and then you live.”

Richard Moonlight, a former Albany Police Department detective turned private investigator is in bit of pickle, he’s dead, yes the sort out of body, floating in the ceiling dead. Watching his girlfriend by his deathbed, it’s all good he supposes until Some Young Guy comes and grabs her ass. So when he comes back to his body, Lola has some explaining to do, except more pressing matter take hold, first who were the three Obama-masked thugs with voice synthesizers who beat the living shit out of him, and what does that have to do with Paul Czech, his new wheelchair ridden nuclear submarine engineer? It’s not easy being Dick right now. 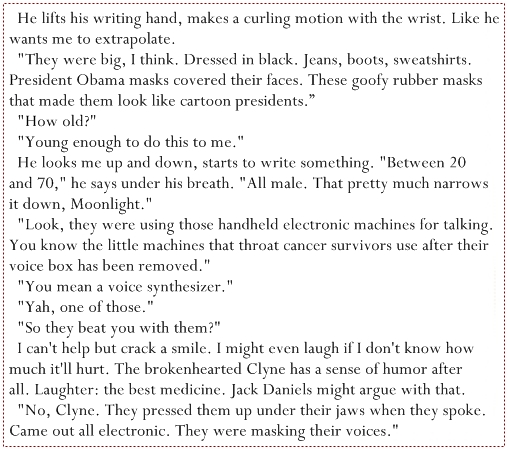 I absolutely loved this book! Hooks you from the first sentence. Zandri writes like a friggin’ genius! I haven’t met a male character like this ever, Moonlight’s tough, but vulnerable having tempted suicide once, he’s a ballbuster, wise-ass and a smart-ass all in one wise-cracking package, described with "You fell off the tree of f'd-up-weird and slammed every branch on the way down." in the first book, Moonlight Falls.


The story is interesting and doesn’t let up when it gets going, Zandri’s writing is ingenious, brilliant and funny as hell, this book is bound to get any reader cracking up. It’s not jokes but it’s the witty dialog and how Moonlight thinks and how Zandri paints the world. Just Brilliant!

This is a book for anyone who enjoys their private investigators down 'n dirty, tough and wise-cracking, and their stories fast pace and gripping. This book does very well as a stand-alone, but if you want you can begin with Moonlight Falls. 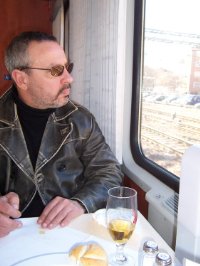 He is also the author of the bestselling digital shorts, PATHOLOGICAL and MOONLIGHT MAFIA. Harlan Coben has described his novels as "...gritty, fast-paced, lyrical and haunting," while the New York Post called THE INNOCENT, "Sensational...Masterful...Brilliant!"

In March, April and May of 2011, he sold more than 100,000 Kindle E-Books editions of his novels, and is rapidly closing in on the 200K mark all totaled. An MFA in Writing graduate of Vermont College, Zandri's work is translated into many languages including the Dutch, Russian and Japanese.
An adventurer, foreign correspondent, and freelance photo-journalist for RT, Globalspec, IBTimes and more, he divides his time between New York and Florence, Italy.


Next stop on the Tour is tomorrow October 10th : Guest Post & Review @ Bless Their Hearts Mom

The Moonlight Rises Giveaway
is open Oct. 9th till Oct. 22nd! Don't forget to click "I DID THIS!" button on the Rafflecopter, after leaving a comment, and leave your details, to take part in the giveaway.