"Mustang Jackson does two things well - ride bulls and love women. An injury that takes him out of the arena leaves him having to return to his hometown. When he catches sight of little Sage Beckett, doing time in his hometown suddenly gets a lot more interesting." 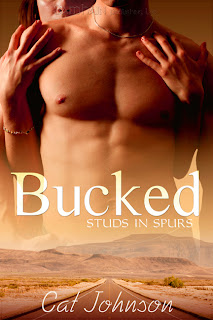 Mustang Jackson, in his early twenties, does two things well - ride bulls and love women. That is until an accident in the arena with the bull, Ballbreaker, forces him off Pro Bull Riding for 3-4 month. Having no additional income he backs up his trailer and heads of back home to Texas. Being back home is torture, his father lecturing about proper jobs, and the job at the Prison administrative wing is boring him to death, the only bright spot about the whole ordeal is the little sister of his former high school girlfriend.

Sage having had a crush on Mustang ever since she was in braces and pigtails can't keep away from the guy even though she's well aware of his player reputation and the fact that he'll be gone again in few months, but whenever he looks at her it all seems to disappear.

Mustang having to deal with his dad and the hated prison gig drives him to accept a modeling gig out of desperation and chance to get money more easily, but things don't go as planned and artistic nudity turns into a film, and before he knows it he is way over his head and feeling guilty and dirty as hell, and swears he's never going to taint Sage with his mere presence, but still she's the only one he can talk to, the only one ever who has made him feel like he has someone to come home to - so what will it be, honor or selfishness?


❝Sage studied him closely for a moment. “You’re right. I do have some living to do.”

Then she leaned in…

The moment her lips neared his, his body tensed, ready to pounce. When her mouth pressed against his, if he hadn’t been in his parents’ living room with his mama mere feet away in the next room, he would have had Sage on that couch beneath him before she could say Woah, Mustang. Sling be damned.

He wasn’t supposed to be kissing Sage. He’d made a deal with himself to steer clear of her while he was home. Maybe if he’d had some clue of what she was about to do, he would have been able to stop it.

Yeah, right. Who was he kidding?

As it was, even with his mother just in the kitchen, Mustang couldn’t stop himself from tangling his hand in Sage’s hair and holding her mouth tighter against his. He didn’t think twice as he tilted his head and plunged his tongue into her mouth. He nearly came in his jeans when she moaned softly against him as her tongue met his.

Then it was over. She pulled away and when he could concentrate again, he heard his father’s footsteps on the stairs outside.❞ 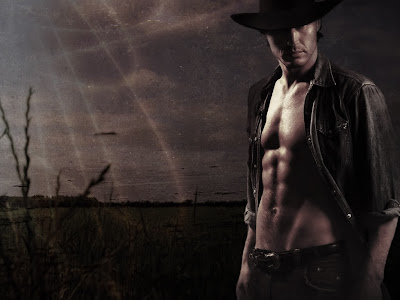 I have to say, I wasn't as fond of this as I was of the first book Unridden. I expected Mustang's book to be quite active, but I did NOT expect adult industry. With mixed feelings I still liked this book. It was good to see the industry from male point of view and how his naive view of the game was changed quite quickly, on more than one occasion though I wanted to yell at him, "Stop! What are you doing?!"

That said I loved his character, he's still as charming and funny as he was in Unridden though taking the lead here you learn about his darker side, and yes he does have one with doubts about where his life is going, what he has to do if his career suddenly ended and does he want to spend rest of his days bed hopping - and that is what redeems the book for me on the issue of him in front of the camera.

Now Sage, I would have liked much more from her, the little we got from her point of view wasn't as coherent and compelling as Jenna was in Unridden. I'd like to have gotten more about her work ( me being a kindergarten/pre-school teacher as well ) and studying, but in fairness this book was all about Mustang and what he went through, she was just his crutch, his heart and his home, and the story was about him finding her as that in himself.

I love Cat Johnson's style of writing! She keeps it clean, simple, witty and funny, with enough gritty word play to make the male characters as believable leads... and the way she writes love scenes, wow, props for that, those leave no one cold!