Reviewing "Once Burned", "All I Want For Christmas is A Vampire" and "A Dark Taste of Rapture". Also some "Leverage" business (TV show & Book) and BLOOPERS!

You can also find me at:

Have you read any of them - what were your thoughts?

WHEN A LADY MEETS A KING : GUEST BLOG 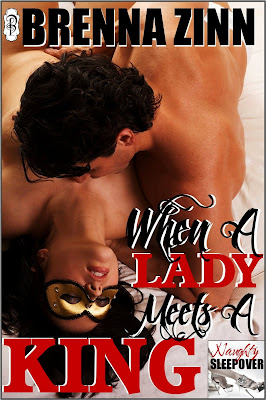 Thank you, Niina, for hosting me today.  I’m thrilled to be here.  And a loud and rowdy, “Hey, Y’all from Austin, Texas” goes out to your readers.  ( If you’re wondering if people from Austin really are that friendly, the answer is unequivocally YES.  Especially if you greet us with a beer or margarita. )

The topic of my blog is Damsels in Distress in romance.

I don’t know about you, but the first thing that comes to my when I think of damsels in distress is Snidley Wiplash twirling his waxed mustache after tying the damsel to train tracks then whisking off to cause more grief or buy more black clothing.  Who knows?  Then, coming to save the day is our hero on his white charger .  He’s tall, fit and handsome, and wears a uniform well.  He cuts the rope binding our heroine to the tracks and pulls her up within seconds of certain death.  The train rushes by causing the damsel’s hair to blow about her and the hero as he crushes her to his chest for a long, sensuous kiss.

Does that ring any bells?

I’ll be the first to admit that there is a bit of this kind of plotting that goes on in romance today.  Heck, the book I’m working on entitled Leaving John Wayne has a heroine who is in a bit of a bad situation.  She’s wrecked her car after a deer jumps out of nowhere ( like deer do – damned deer! ), it’s the middle of the night, and oh ya, the collection of adult toys she’s just bought and put into her convertible are scattered all over the road.  But in my story this situation is nothing but pure comedy gold.  Not the drama one typically reads when the damsel is in distress.

There are plots for every situation and occasion, damsels needing a bit of saving being one of them.  But for the most part, I prefer my heroines to be strong, independent types who might end up saving the hero in distress.  I’d love to write a story about a Navy SEAL who gets into some kind of “man” jam and needs a heroine to save his butt.  Of course there would be lots of great sex – we are dealing with a hunky Navy SEAL after all!

In my book, When A Lady Meets A King, there is a damsel.  She’s a titled lady from England who decides to sneak off to San Antonio, Texas to fulfill a fantasy of a one night stand with a real American cowboy ( which is just as good as a Navy SEAL in my book. )  The reader doesn't realize she’s a damsel in distress – nor does the heroine – until some intrigue starts to rear its mysterious head.  Luckily the bigger than life, sexy cowboy is there to save the day…or is he?

Here’s a little more about my book, When A Lady Meets a King.  I hope you enjoy it.  And please feel free to visit me any time at my website and blog.   www.BrennaZinn.com and www.BrennaZinn.blogspot.com.

Thank you and happy reading. 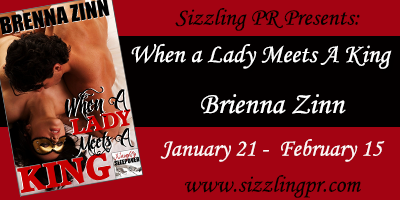 "But the closer he gets to atoning for his mortal sin and finally escaping merciless Fate, the more he feels his own humanity slipping away for good. Until he encounters Sarah Griffith. This skeptical scientist can’t be influenced by his powers..." 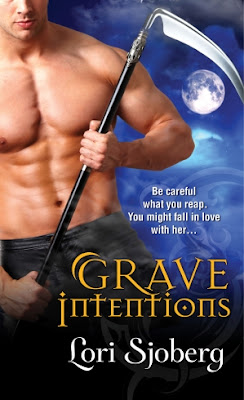 "He’s handsome, reliable, and punctual—the perfect gentleman when you want him to be. But this dream man is Death’s best agent—and now he’s got more than his soul to lose…

One act of mercy before dying was all it took to turn soldier David Anderson into a reaper—an immortal who guides souls-of-untimely-death into the afterlife. But the closer he gets to atoning for his mortal sin and finally escaping merciless Fate, the more he feels his own humanity slipping away for good. Until he encounters Sarah Griffith. This skeptical scientist can’t be influenced by his powers—even though she has an unsuspected talent for sensing the dead. And her honesty and irreverent sense of humor reignite his reason for living—and a passion he can’t afford to feel. Now Fate has summoned David to make a devastating last harvest. And he’ll break every hellishly-strict netherworld rule to save Sarah... and gamble on a choice even an immortal can't win."  ~ From Goodreads

I can't say I was a fan. The premise is interesting and parts of it were really captivating and held my attention very well. But for me the story moved too slowly, especially the romance. I didn't understand the trainee tagging along for the story, and perhaps without him there would have been more Sarah and David scenes which would have made it more Romance. The story read like an urban fantasy about grim reapers with a love story inserted.

Now I did actually like trainee Adam, he was funny and flirty - kinda what I wanted David to be. So if Sjoberg had joined both traits to David then we would have had a paranormal romance hero - as David stood he was very dark and very brooding and very urban fantasy ( which is not bad ) .

I found myself skipping a lot while reading, but in the end it was nicely written book worth a read, not just my idea of a slamming PNR, perhaps you'll disagree, but if you do like both urban fantasy and paranormal romance then this book would be worth considering because, really, we don't all have the same taste. :)

Niina : Welcome to For The Love of Reading, Lori, I’m glad you could make it!

Lori joberg : Thanks so much for having me on your blog!

Niina : Let’s get started! Can you tell my readers here 4 fun unknown facts about you so we can break the ice?

Lori : I sing while I drive (and by sing, I mean wail like a banshee).  I don’t do laundry until I run out of clean socks.  I love hair metal bands.  I once had a pet duck named Mr. Peepers

Niina : I you could only read 5 paranormal romance novels for the rest of your life what would they be, and why?

Lori : No Rest For the Wicked by Kresley Cole – Because I love the back and forth between Kaderin the valkyrie and Sebastian the vampire as they travel the world for an immortal scavenger hunt.
Lover Eternal by J.R. Ward – Rhage.  The beast.  Need I say more?
Outlander by Diana Gabaldon – I’m counting this as paranormal because of the time travel aspect.  Well, that and because I have an attachment to one James Alexander Malcolm Mackenzie Fraser.
Liquid Lies by Hanna Martine – The worldbuilding is so fresh and vivid, and I love the tension between the main characters.
Undead and Unwed by Mary Janice Davidson – Because this book cracks me up, and who doesn’t need a good laugh every now and then?

Niina : Flirting with the idea of bringing a new mythological/paranormal creature to page, what would be exciting to write about?

Lori : I love writing about reapers, but I’d also like to write something about the Morrígan, a goddess-like figure from Irish mythology.  Immortal, sensual, and powerful; she sounds like my kind of gal!

Lori : One of my critique partners cursed me out for something I did to one of my characters, and then took it all back when the hero & heroine got their happily ever after.  It sounds strange, but to know my writing elicited that kind of emotional response means the world to me.

Niina : Now to more personal questions! What’s the sexiest article of clothing on a guy?

Lori : A pair of well worn, tight-fitting jeans that hang low on the hips and mold to the body in all the right places.

Niina : Which Disney Prince would you pick if you had to choose?

Lori :  The Beast (Prince Adam – yes, I had to look it up) from Beauty and the Beast.  He learned a hard lesson and paid a high price for his past mistake, and he absolutely adored Belle.  And who wouldn’t love a guy who gives you a library?

Niina : Thanks for visiting the For The Love of Reading, Lori! Any news would you like to share with your readers, or websites they can check out?

Checkout my first ever Article on an eMag! 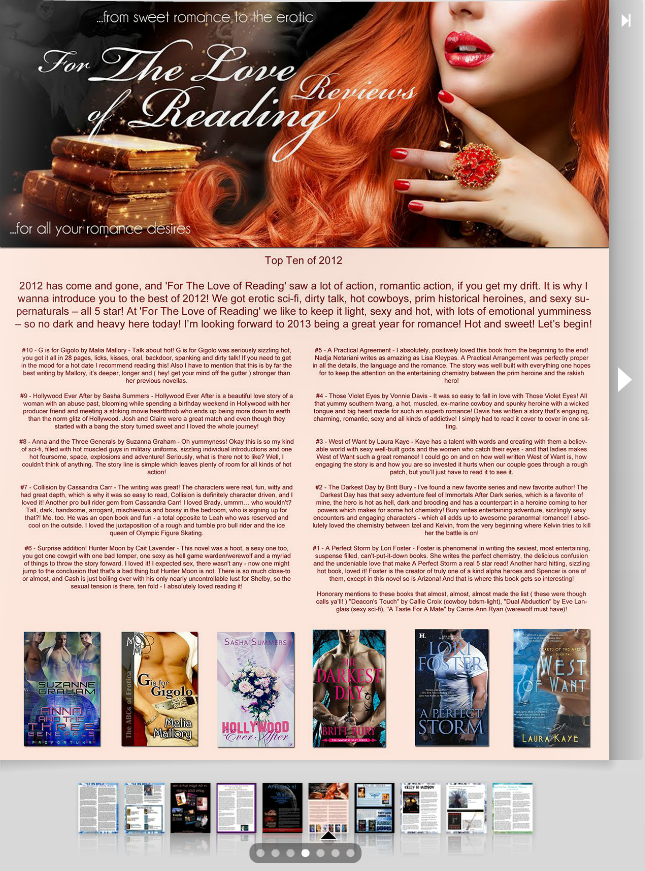