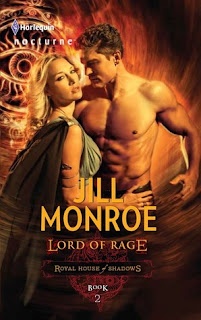 "Vanquished, the king and queen of Elden saved their children by scattering them to safety and filling them with vengeance. Only a magical timepiece connects the four royal heirs…and time is running out…"

Nicolai's younger sister Breena the Princess of Elden has been able to use her magic with some limitations, she can enter dreams, well only one man's dream, she doesn't know him or can't clearly see him, but his kisses make her feel something less like a princess. In the middle of her last dream of him as she is to choose a husband that week she's rudely awakened by a guard taking her to safety as the castle is attacked. The King and The Queen send her away magically with only two dominating thoughts Survive, Avenge.

Breena wakes up disorientated in a barren land that once belonged to The Ursans, fierce warriors infused with the Bear spirit, all of them extinct now, except she finds a cabin, empty, and exhausted falls asleep in the bedroom. As Osborn and his two younger brothers return they do not take well having Breena there.

Osborn having some clear temperamental issue battles his attraction to Breena who he recognizes from his dreams, thinking she only wants him to take her back to her home to be her mercenary. Having Osborn's  clan destroyed before his eyes by the Vampires of Elden has made him bitter and volatile, having to lower himself to a mercenary to support his two brother has given him issues and guilt, and he can't understand the feelings Breena makes him feel and how she turns his world upside down, and he lets her. Having used to of always being right and in charge, and now having one small woman take it all and make a real mess of it irritates him to now end. 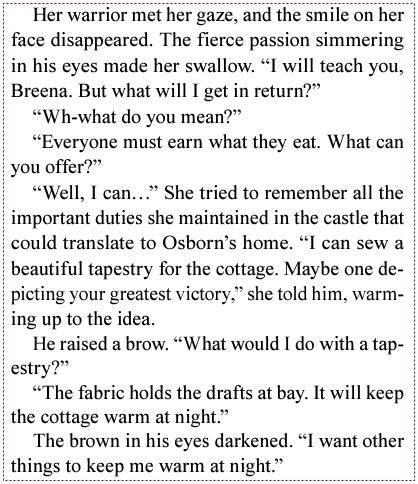 I love this new version of Goldilocks and Three Bears! Lot sexier than the original... ;)  Now seriously... I loved Breena the slightly spoiled but very headstrong and quick wit princess who doesn't know what the answer 'No' means and does her darnest to persuade the three rough brothers to accept her, warm up to her and help her. Osborn was fun to read, stubborn and temperamental and with serious issues he's the type that doesn't want to feel but is forced to, still staying true to his berserker nature.

I love Jill Monroe's writing she can engage a reader in a way and in a story so good you don't want to stop reading until you're done. It took me only a day to finish this, it was easy to read and so much fun with enough hot yummy scenes to be worth the wait when they both finally give in.

A witty, temper raging sexy fairytale of a goldilocks and her bear spirit warrior - this series has gotten me so addicted now I just have to wait a little longer to get my hands on Lord of Wolfyn, book 3 in the series!