Hi! This is probably the first time, or let's see most likely the second time I blog something bit more personal!
Do not Panic!
Okay, so what am I gonna talk about, two things NaNoWriMo, as in National Novel Writing Month ( as in write 50 000 words in 31 days! ) I'm also talking about writing my novel.

Okay, so most of us who read enjoy to write as well - I know I do. I have this slightly sordid history with my writing, as in I can't seem to manage to finish a book and edit it! I have close to hundred started novels, that ran out of steam, or more properly I did. I have finished, wait for it... only two novels. Yeah, pretty sad right?

Well the two that have managed to get all done and even edited once are Turholma and The Egyptian Sorceress. First is a Finnish Historical 1200's novel that also travels around Europe. The Egyptian Sorceress is about Reincarnation, Archeology and Atlantis - and both of these are action romances, though the Finnish one is the only one with sex in it. I'm babbling, sorry - MY POINT IS that I have to start finishing these and actually doing something with them, like try and get published. Which brings me to NaNoWriMo. (Oh the pictures? I took some photos for a possible "Author photo", it's part of what Write-A-Thon is telling me to do to get in the right mind set to write a book, clever right? ;) )

I did NaNo in 2009 which is when I finished Turholma, and I wish to do the same next month, as in November. What is slightly friggin' me out is the fact that I have a full time job, full time Book Blog and I'm suppose to squeeze in 2-3 hours of writing daily... can you say, uh-oh.

Still, I am very determent to make this work, for NaNoWriMo this year I'm writing a Suspense Romance! Here is what I posted on NaNoWriMo about it:

Agreeing to go to a bonfire party in the sticks full of bikers and hillbillies to pacify her friend Lacey, Trissa soon finds herself alone and in trouble, before things get to escalate from bad to worse someone inteferes and she's in more trouble than she could have imagined. Not only is her savior dangerous, but he's complitely focused on her which makes her nervous.

Dodge isn't a nice guy and everyone knows it, he brawls, steals and has zero persent respect for the law - but he's loyal and honest and when he promises something he keeps it, even if its keeping and eye on the gorgeous brunette. But when someone turns out dead everyone's eyes are on him and getting the woman to see him as something else than a murderer is going to be a challenge. But challenges haven't stopped him before, and he wants her - all of her.

Bud seemed to do the math, and shrugged. ‘It’s just a chick.’ He got back his arm and slumped off.
She watched her saviors shoulders loosen, he rolled them a little, like getting the tension off, before turning to face her. When he did though she was struck, he guy was about as scary as Bud had been, though this guy was clean, built with muscle, his eyes were like steel: dark gray, he had a eight-a- clock shadow his almost beard following narrowly the line of his jaw and forming almost a goatee, he had a straight nose that had taken some damage but still looked good, his eyes were near covered under the black basic baseball cap, his seductive mouth grew into a wicked smirk.
‘You look even better on the front.’ He spoke roughly, his southern country accent aphrodisiac to her ears. He sipped his beer, the movement stretched his black, grey print t-shirt he had on top of a dirty white long sleeve, and she swallowed.
‘Thanks.’ She frowned, she hadn’t just…
He chuckled, and she swore her tummy did a little twist that traveled down towards her… right the beer, get the beer. She ducked past him, and found the cooler, she fished out a Coors instead of another Bud and turned to sigh at the whole situation and look for Lacey, but stopped swiftly running into her steel eyed guy.
‘What’s your name?’ He said as he didn’t make a move to separate their bodies, so she took a step back nearly stumbling into the cooler.

I've done tons of background work for it already, I have The Story Bible ready as well as The Project Journal full of info and quotes - which means I'm better prepared than ever before! Maybe that's the trick?


I can do this! If you are participating in NaNoWriMo, let me know or come "buddy" me here.

P.S: Founds myself some sweet ass Cowboy Boots! Now I just have to go fetch'em! 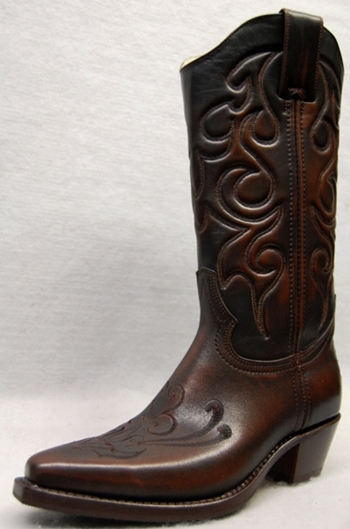