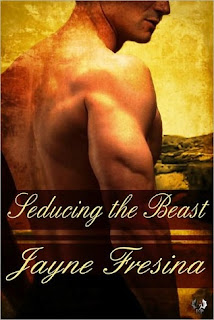 London 1563. A straight-forward, hold-nothing-back Maddie is convinced that to save her cousin from being treated as a pirate she needs to seduce the Earl of Swafford, not knowing more of him that he is cruel and unkind and that something warrants his nickname, The Beast. Despite all this she is determent that to warm the Earl’s bed would be a way to get Queen Elisabeth to hear her cousin’s pardon.

After continuous coincidental meeting with a young wicked tongued brash woman, Griffin Earl of Swafford has had enough, believing she’s The Scarlet Widow, he kidnaps the woman and takes her out to the country into a small cottage to blackmail her to leave his brother alone.

Not knowing Griff’s true identity Maddie soon begins to feel much more for him than she could have imagined and love beings to emerge, but life isn’t going to be easy as Griff believes her to be a mercenary whore after his money and that is when it becomes obvious there is something seriously wrong with the Earl and Maddie doesn’t know if there is anything that she can do to help heal what was once utterly broken, his trust.

I enjoyed reading this, the story moves nicely forward without more than few light stalls, and when things pick up they sure do! This is for women who like their Historical Romance heroine witty and bold and their hero moody and broken but not quite beyond repaire.

I became quite distressed at the beginning of Part III, and I applaud writing that can cause such a feeling of dread and unease – as well as the giddy smile and sigh for the romance!