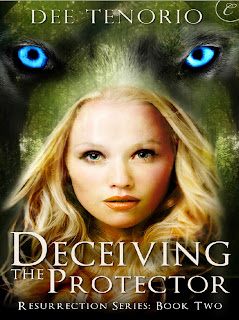 
Lia does not want to be found, she doesn't want to be noticed, she want to be left alone to stay as alone as she is possible, but two things stand in the way of that, one a masked in black government designed shifter soldier who is her homicidal shadow linked to her with fear and violence, two Tate Jensen a wolf shifter like her who is sent to protect her and bring her into a shifter safe house.

Every chance she gets she lies to keep him safe, she lies to try and drive him away but the man is resilient, talking to her until she's blue in the face and her guards crack little by little - which will be the end for Tate as her shadow of death is convinced she's his and Tate stepping on his territory sends him to a rage.

Tate on the other hand only sees a scrawny, starving young woman who reveals nothing and lies through her teeth to keep him literally at arm’s length. It doesn't take too long to figure out something is wrong, she has bruises and something is shadowing them, someone even his shifter senses can't pick up, someone who has Lia incapacitated with fear. But as much as she ducks away from him and scowls, she grows on him, even if it wasn't his mission to protect her he'd still do it because what he begins to feel is the real her and having all of her.

The one thing they truly shouldn't do if they wish to survive is fall for each other.


This book is amazing! Even without having read the first book I slipped into this story immediately, got hooked immediately! Lia is truly burned and tortured character but still strong everything that has happened to her hasn't broken her - Tate wonderfully charming but just as damaged emotionally, wearing masks to cover any real emotions and watching him coax Lia to open up is wonderful to read, as is watching her fight against his charm with a snarky attitude and silent treatment. He literally talks until she's blue in the face and snaps at him!

Deceiving the Protector is addictive, you literally can't wait to be finished and at the same time really don't want to finish but... thank god there is a third book coming!

For all Paranormal Romance fans, this series is a must read! Get it you won't be sorry!

Don't miss the Trailer and Excerpt below!