Features this week are: The Book Nympho & Mother Load!

How does this work? First you leave your name here on this post, then you create a post on your own blog that links back to this post (easiest way is to just grab the code under the #FF picture and put it in your post) and then you visit as many blogs as you can and tell them “Hi!” in their comments (on the post that has the #FF image). You follow them, they follow you. Win. Win. Just make sure to follow back if someone follows you!


This weeks question :
In light of 11.11.11 and Veteran’s Day
tell us about your favorite soldier and how he
or she is saving the world. Fictional or real life.

Answer : Let's see, this will have to be real life not fictional for me... I'd have to say my grandpa. Finland is very neautral and the last time we were at war was the Winter War and Continuation War, both against Russia during World War II.

"Acts of war between the two countries started on 22 June 1941, the day Germany launched its invasion of the Soviet Union. Open warfare started with a Soviet air offensive on 25 June.
The Soviet air forces bombed Helsinki and other major Finnish cities. Eventually the Soviet strategic offensive in the summer of 1944 drove the Finns from most of the territories they had gained during the war but the Finnish Army later fought it to a standstill in July 1944. Cease-fire ended the hostilities on 5 September and Moscow Armistice officially ending the hostilities was signed in 19 September. The Paris peace treaty concluded the war formally in 1947. Finland ceded Petsamo and rented Porkkala to the Soviet Union, and paid reparations of $300,000,000 equaling half of its annual gross domestic product in 1939, while Finland retained its independence." ~from Wikipedia 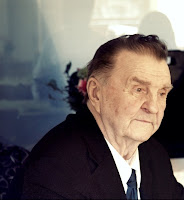 My grandpa has told a lot stories from the war time and when he was in the russian border though he never talks about anyone getting shot or dying, he always made sure to tell the more amusing tales, of horses and mishaps.

My grandpa is 85 now, and Finland is at peace with everyone, and Martti Ahtisaari ( former president ) won the Nobel Peace Prize, but even my generation (born -82) is still skeptical about Russia, knowing it's not impossible that they make a move of somesort and threaten our independence. If you like Underdog stories you should read of the Winter War.

If you can watch the first 5:30 minutes of the video the get the gist of it ( they practically came with enough manpower to squash us, 2 million vs. 300 000, and thought that by showing up we would coward and give up... just like David did against Goliath. ;) We were able to defend ourselves because of the record coldest winter, -50'C/-58'F luckily we were use to of the cold and they were not. And because of the fact that we had snow camo and skis, the russian stuck out in their uniforms like sore thumbs ).


Fire and Ice - The Winter War of Finland and Russia
56:07 - In English with Finnish (and partly English) subtitles

Oh! And don't miss the