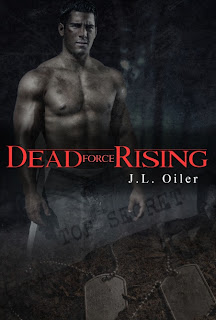 "Sergeant John Rose planned to make the military his life, at least until an eye condition threatened to rob him of that goal. Now the Army has another plan for him and four other soldiers that find themselves in the same boat. Together they will form the government’s latest weapon in a war John didn't even know they were fighting. A war on the monsters most people believe are just a figment of their imagination.

Thorn Grant lost her only brother a year ago when he was serving in Afghanistan. Now the paramedic finds herself doing a bit of civilian recon to help support his widow and small daughter. However, being a part-time spy is one job that isn't nearly as simple as she thought. After her mark catches her watching him, Thorn discovers not only is there more going on than she suspected, but that she has a connection with a certain Sergeant that goes far beyond just a physical attraction."


Would you like to meet John?
I though so! Check the Interview below, because
I mean who doesn't have a soft spot for handsome man in the military. ;)
Read on!

Niina : So, welcome, glad you managed to join us! Let’s being with, what do you do for a living, John?

John Rose : Thank you for inviting me ma’am. I am currently Serving as a Sergeant with the United States Army.

Niina : Military... you got to be in shape for that! What would you say is the best part about your job?

John : It is my belief that I am doing something for the greater good of my nation and there is no greater honor then to be able to serve your country.

Niina : What about family, do you have some…  any brothers maybe?

John : My brothers and sisters all wear camo ma’am.

Niina : Now I heard there’s something going on with you and a paramedic, can you elaborate on that?

John : I don’t feel it would be appropriate to discuss any association with Miss Grant other than to state we are currently exploring the possibility of a relationship. Besides a gentleman never kisses and tells. 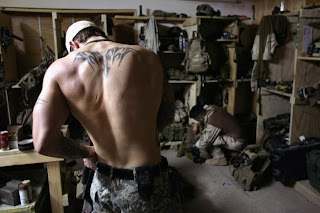 Niina : Yes, quite right. Now what do you like to do when you’re not working?

John : I enjoy spending down time with Miss Grant and her family, one of which recently reacquainted with the joy of Saturday morning cartoons.

Niina : If you could choose between  pizza and fine dining, say when taking your paramedic out, which would you choose?

John : Pizza, takeout, eaten in our room, I mean my room.

Niina : Do you read, if you do what’s your favorite genre and why?

John :  Military Strategy, though I have recently received a copy of the Kama Sutra. Strictly, for professional research you understand.

Niina : Yes, of course, that’s essential for your job. ;) Now you got to keep yourself fit, what kind of exercise you like doing?

John : I run every day and we have a gym in our..uhm..we have a gym on base. I also believe that a good soldier looks to expand physical fitness by extracurricular means.

Niina : What couldn’t you live without?

Niina : Hahah! And before we are done here are some Quick Fire question: 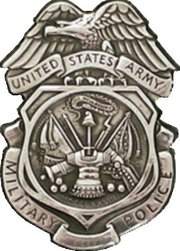 Niina : Thanks for stopping by John, and thanks for answering my questions!

John : No problem ma’am, it was my honor.


( How wrong is it swoon a little over fictional characters? Not bad? I though so! ;D ) 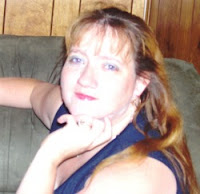 JL Oiler grew up in the mountains of West Virginia where she still lives with her husband and children. She is a graduate of Fairmont State University in Fairmont West Virginia, and holds a Masters degree from Ball State University in Muncie Indiana. She always possessed a passion to create stories to entertain her friends and family, but life led her on a variety of paths before she found the opportunity to return to the dream of writing stories to share.