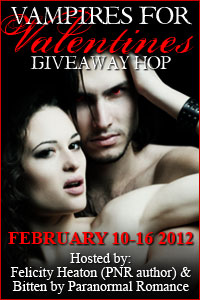 February is the month of love and what do we love more than hot, sexy, dangerous and seductive vampires? Vampires For Valentines Giveaway Hop is all about spreading our love for these supernatural creatures!


Pick your favorite novel from below, tell me in the comments which you'd love
to get if you won, and yep, you have to be a follower of my blog to participate
in getting your print copy!
Happy sexy vampire Valentine!

Now the sexy vampire novels for you to choose from! 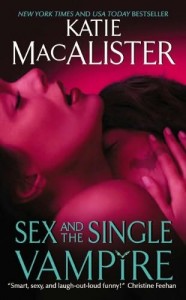 "If Allie doesn't find a ghost soon, her short career as a "Summoner" with United Psychical Research Association will be a thing of the past, so naturally she is delighted to find what she thinks is the tortured spirit of a gorgeous, naked, wounded man. But the cranky spirit, who looks exactly like the dishy man who has been haunting Allie's dreams, doesn't need her help since he isn't a ghost, but rather Christian Dante, best-selling author of vampire romances and Moravian Dark One. Of course, Allie wants some answers from the arrogant and domineering Christian, but he is more interested in working out the exact nature of their relationship, since fate has chosen Allie as his "Beloved."" 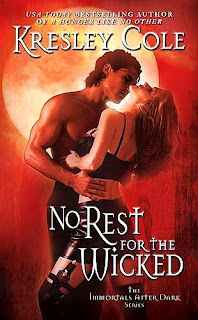 "Centuries ago, Sebastian Wroth was turned into a vampire – a nightmare in his mind – against his will. Burdened with hatred and alone for ages, he sees little reason to live. Until an exquisite, fey creature comes to kill him, inadvertently saving him instead.

When Kaderin the Cold Hearted lost her two beloved sisters to a vampire attack long ago, a benevolent force deadened her sorrow – accidentally extinguishing all of her emotions. Yet whenever she encounters Sebastian, her feelings – particularly lust – emerge multiplied. For the first time, she's unable to complete a kill.

The prize of the month-long contest is powerful enough to change history, and Kaderin will do anything to win it for her sisters. Wanting only to win her, forever, Sebastian competes as well, taking every opportunity – as they travel to ancient tombs and through catacombs, seeking relics around the world – to use her new feelings to seduce her. But when forced to choose between the vampire she's falling for and reuniting her family, how can Kaderin live without either?"

#3 Sexiest Vampire Alive (No rating yet)

"When a video reveals to the world that vampires live among us, it's up to "young" vamp Gregori Holstein, VP of Marketing, to persuade the U.S. government to declare the video a hoax. But first the president wants a favor, one that requires Gregori to spend forty-eight hours in very close contact with the First Daughter.


Abby Tucker would rather spend her nights in a lab than attend her father's state dinners. She's dedicated her life to finding a cure that will save her dying mother and needs only two more ingredients. To find them, she'll have to venture into the most dangerous region of the world--with a vampire. Her Armani-clad escort may be Undead, but he still makes her heart race. And the greatest danger won't be the predatory hordes lying in wait for them; it will be her undying desire for the Sexiest Vampire Alive."

Don't forget to visit the next hop on the list!
Ambrielle Kirk