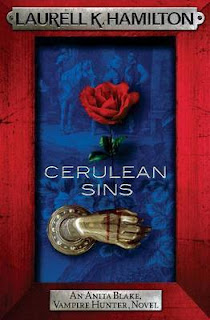 Okay, first of all I love the series, big fan of Anita Blake!

But this book, dear lord I did not enjoy this, it was a mixed salad of 50 ingredients. It was messy, hard to go with the flow and it left me with the constant 'move on' feeling. Chapter after chapter of the same scene that kept having twist after twist after twist.

I think the main problem is that there are just too many characters, Anita, Jean-Claude, Asher, Micah, Nathaniel, Jason, Richard, Zebrowski, Dolph - and as they are all great it's great to know more of them but as she gives more info and detail on everyone it gets to be too much.

I loved it much more in the early books when we had Anita, Richard and Jean-Claude and extras, now it's a whole freaking theater full of people.

I probably sound harsher than I actually feel but this book left me restless and wanting to skip pages - and to be honest I did skip the last few chapters, cause it just didn't move anywhere, and I love stories that have action instead of 8 main characters in one room battling their minds for chapters upon chapters to no end.

Anita Blake is trying to get her life back to "normal" after a break-up with her werewolf lover. She has settled into a pattern of domesticity, which means that the new man in her life, the leopard shapeshifter Micah, has no problem sharing her with Jean-Claude, Master Vampire of the City. Things are as peaceful as they ever get for someone who raises the dead, when Jean-Claude receives an unexpected and unwelcome visitor: Musette, the very beautiful, very twisted representative of the European Council of Vampires. Anita soon finds herself caught up in a dangerous game of vampire power politics.

Once a sworn enemy of all monsters, Anita is now the human consort of both Master Vampire Jean Claude and leopard shapeshifter Micah. When a centuries-old vampire hits St. Louis, Anita finds herself needing all the dark forces her passion can muster to save the ones she loves.

Anita Blake returns to find hell hath no fury like a vampire scorned. 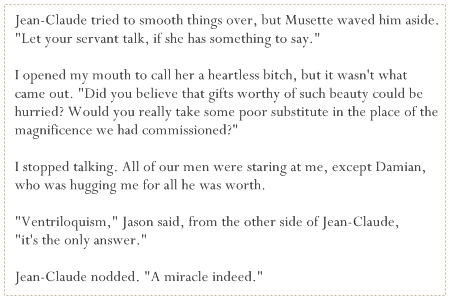 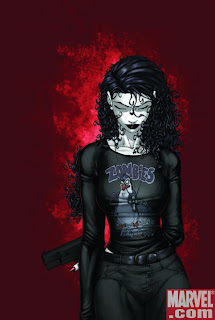 Okay now what I did like about this book is the chapters where she goes after the bad guys, on the crime scenes and her reactions to Dolph’s crack down, and Asher, even though he's damaged he's an interesting character. Can't say much more - after this I am actually bit apprehensive about the next two Anita Blake books I have in my shelf "Incubus Dreams" and "Micah and Strange Candy", and I hope to god they are more intack and flowing than this thing.

I know a lot people loved and liked this book, but I just didn't find this one so appealing to me, most due to Belle Morte, I think.